This website is dedicated to South Stradbroke Island, known locally as South Straddie. South Straddie is a unique sand island right on the doorstep of the Gold Coast, that has lots to offer Gold Coast locals and visitors alike. The Island is allowed to respond naturally to the effects of wind, tides and oceans which can dramatically change the look of the dunes and beaches over the course of just a few days. The forces of mother nature are amazing to behold in this environment. 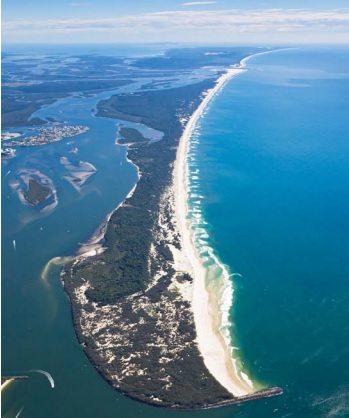 This is a first hand account  by a survivor of the Cambus Wallace shipwreck.

In 1950 (56 years after the shipwreck) John Markey, then living in Arlington, New Jersey, USA, sent a letter to the South Coast Bulletin newspaper. He claimed that in 1894 he was a sailor on board the Cambus Wallace when it was wrecked off Stradbroke Island. This is his account of what happened.

Description of the Cambus Wallace

The Cambus Wallace was a three masted barque with a steel hull, steel masts and yards, steel shrouds and back stays, also fore and aft stays, steel deck houses, her only rope rigging was her running gear. She was very strongly built which she later proved. She did not carry royal or sky sails on her fore and main masts, she carried five large square sails, namely fore sail, lower and upper top sails, lower and upper top gallant sails on the fore and main masts, spanker and gaf topsail on the mizzen mast, eight fore and aft sails.
She had what we fellows called stump top gallant masts. These masts were not as lofty as ships carrying royal and sky sails. She had an overall length of 245 feet, beam 32½ feet, depth 22½ feet, and was built by Russell & Co. Port Glasgow. We towed out of Queens Dock, Glasgow on May 8th 1894 at 4am with a general cargo for Brisbane consigned to Messrs Webster & Co. consisting of whiskey, beer, dynamite, bales of merchandise and cases of everything which I later saw on the beach of old Stradbroke Island.

Our voyage was a stormy one from the time the tug boat let go of us. We had a hard time of it clearing the British Isles with strong head winds and gale upon gale, it took us two months to make the Cape of Good Hope. We then started running our casting down, and did we get a beating, we were driven south of Saint Pauls Rocks. That was the first time the “Old Man” had ever seen them and the same for all of us. After rounding north we ran into more dirty weather. We lost our steering gear, poop skylight, and stove in afterdeck house. Our starboard life boat, crushed to matchwood, swamped the cabin. What a heck of a mess. “Chips” went to work as good as he could and made a wheel out of three capstan bars, lashed them together with ropes.
​
We rigged two tackles to the quadrant and kept her running as well as we could. It was no easy job, four men at the tackles all the time, every time she pooped we had to grab rails and hold on for life. Once she broached to and surely made a mess, the gallery and the dinghy went to Davy Jones. How a good cup of coffee would have gone down, we were all very miserable and hungry, not a dry spot on the ship, but we kept to our job. We had a good skipper and officers and a good crew who all did their best, except the cook, but it was not his fault, his tools were all gone.

We kept her driving with only two sails, the fore lower topsail and the outer jib, being too dirty to unfurl any more. Well, at last we sighted land on the Queensland coast two months and one day after rounding the Cape and what a reception we got. It was Saturday September 2nd, it started to blow harder, rain squalls, and became very thick by night-fall. We could see absolutely nothing, we had double lookouts, aloft on the foremast. On Sunday September 3rd, I was relieved on the look out at eight bells (4am). By the time I got down on deck I felt an unusual bump and thuds, then more bumps and by that time the seas were coming in over her starboard gunwhale.  The two men aloft luckily got down on deck and in less than 30 minutes her fore mast went the same way, taking the mizzen top mast with it. That left the lower mizzen mast standing and leaning to the gate.

What a mess, we all got into the rigging of the lower mast and held on to the ratlines and took what we got, and had a squint at Stradbroke. I thought our goose was cooked, the seas were breaking so hard over the island. I could not see how anyone could reach shore. We were like a lot of drowned crows but with it all we had a laugh. Things were now quite serious: When a sea would break over the rigging, everybody would shout “duck” (and that was a good one) until they got too hard. By that time, we were beginning to know the hull was breaking up rapidly, the hatches were broken open and we could see the cargo being whipped ashore on the top of the seas.

Things were now quite serious. We knew the mizzen mast would not stand much longer, so Jack Reid asked permission from the “Old Man” (Captain Leggat) to try and reach the shore with a line. The only line we had was part of the signal halyards, but they proved too heavy for Reid and we pulled him back to the ship. The line got round his shoulders and neck, and he was almost hanged. We could not see him in the seas and under the port side of poop, we recovered him, holding him in the rigging and using respiration as best we could. A wee dram would have done him good but it was all being washed ashore. In the meantime our poor pup named Bruce was washed ashore, a brown retriever. I saw him on shore afterwards but he would have nothing to do with any of us. I suppose he thought we had done a dirty trick on him.

Then a seaman called Kindmark tried it and got ashore, then two more seamen tried it and made it. I then tried it and also made it. I was the fourth. The four others who tried it did not make it. I was lucky, the men who were drowned were more powerful than me. We buried their bodies the following morning at the foot of a clump of trees. The steward never left his room, the second mate and I went into the cabin to reach him but he would not try to come with us, he was holding the bible in his hand, so his is a steel casket. The following morning we found “Chips” on the beach, badly smashed about, he must have been killed coming ashore amongst the cargo.
​
We were all very hungry and cold. We dug holes with barrel staves in the sand and slept. The next day a steamer called the “Miner” came in at the back of the island called Swan Bay. We helped the officers ashore and after examining everything we boarded her and took with us one of our men, badly hurt. His name was Archie Peebles and he died on the way up to Brisbane. He was buried in Brisbane.

There was quite a crowd of people at the pier to welcome us, some crying at our pitiful sight. Some of us were naked when we reached shore, but we divided what we had, some had no pants, others had only a shirt. However we were soon taken care of. Amongst the crowd there was a lady who asked if there were any Glasgow boys amongst us. I told her I was. She took me home to her house in Edward Street, City. Her name was Mrs Morrison. She had a daughter called Kate. They had a sewing establishment. How comfortable I was made and well cared for. The rest of the crew were taken to the Shamrock Hotel and all were well cared for. Next day we were all fitted out with a new rig of everything.

Back to sea again

After a few days I began longing for home. I shipped on a large two-funnel barque rigged steamer call the “Duke of Southerland” for London. She called at the large cities in New Zealand for frozen mutton and arrived in London with six thousands tons. She, too, ran into dirty weather off the old cape ‘stiff’ and lost a lot of canvas and life boats. Well, at last I arrived home in Glasgow after seven months of a licking. I sure was glad.

​So in conclusion, I believe I am the only living survivor of the “Cambus Wallace” of 56 years ago.

When Steve came to south Straddie.  Click on the Photo to read the story. 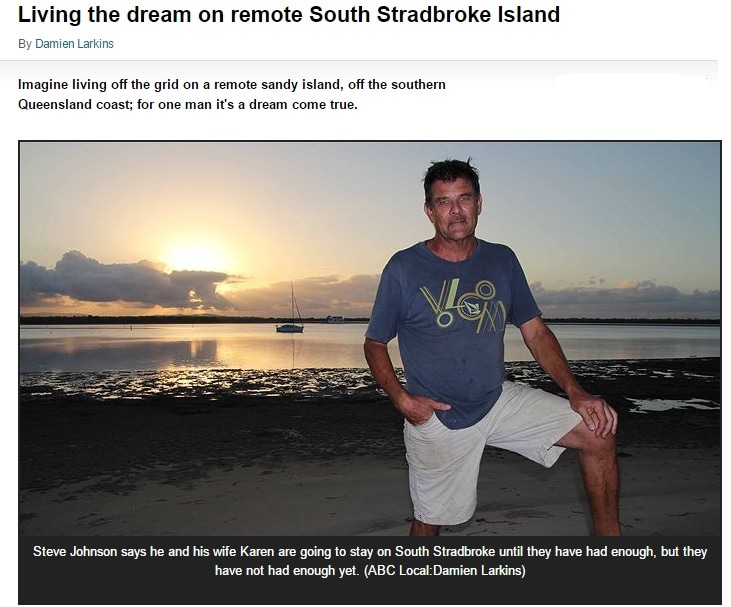