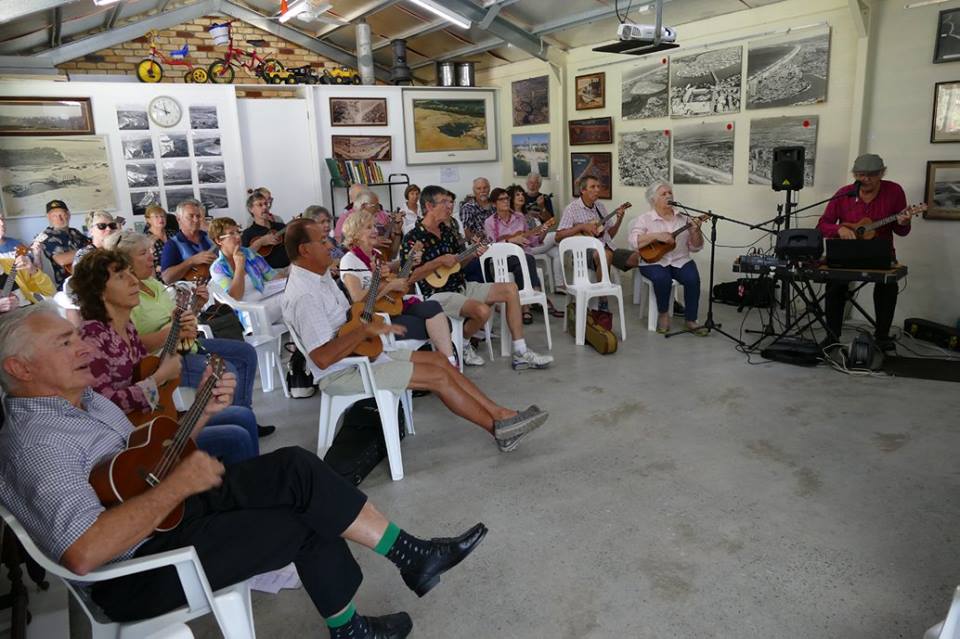 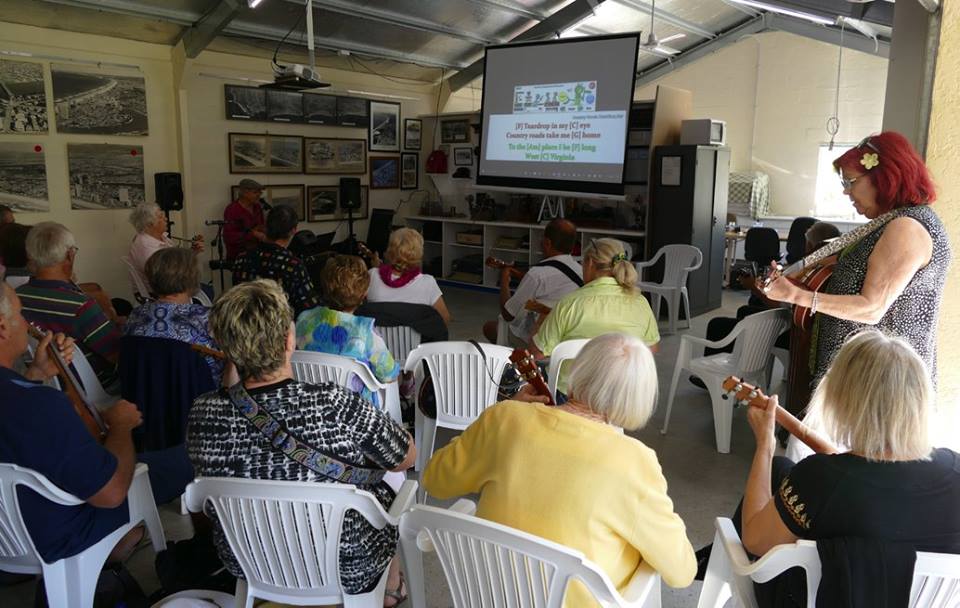 A Strumfest is a gathering of people having fun, singing and playing together. A modern take on a jam, where everyone can join in. The Gold Coast and Hinterland strummers group www.downtomeet.com/strummers has been running them for about seven years. Originally formed as a Meetup group and now a Down To Meet group.

The main focus of the event is a big screen with synchronized lyrics and chords, and a backing track to play along with. It requires a host to lead the singing, select the playlist and set the whole thing up in the first place. The backing tracks have been specifically sequenced for the task. This process started about seven years ago and the database of available songs has continued to grow steadily.

The events are announced on the down to meet website and people are invited to attend, although lots of people do just come to the regular monthly strumfest sessions as spectators.

The backing tracks are sequenced midi files that require a suitable player running on a PC or tablet. The vanBasco player is the one I have used from the start. It runs on Windows based devices and is free. It has playlists and a lot of changeable settings and is ideal for the purpose. Midi files are fairly small files, as is the player itself. The windows based PC or tablet can therefore be relatively simple. For several years I used a small HP notebook with a headphone jack and VGA connection running Windows 7.

The Motivation to run a Strumfest Session

Why do it? There are a lot of reasons. Firstly it's a lot of fun that everyone can share. Singing and playing together is a very uplifting experience. Everyone can put all their worldly concerns to one side for a few hours and just enjoy themselves. Lots of people also come to learn to play and it is a great learning environment. My players tick off their names on my list of attendees or add their names to my list when they put the $5 fee for players in the money box. The fee was originally intended to help pay for the gear and ultimately monetizes a very enjoyable hobby.

I do two or three sessions a month to fit in around my own gigs (where I also use the backing tracks) and other activities. It could easily be increased to include more sessions.

Ultimately though it is just good fun. I look forward to the sessions and meeting up with the rest of the group. As Willie Nelson says "The life I love is making music with my friends" We originally started out with Ukulele players and still have a variety of soprano, concert, tenor and baritone uke players. We now also have guitars, mandolins, and banjos.